Home › Guillain-Barre Syndrome (Flu GBS) › Do Flu Vaccines Cause GBS? The Government’s Plan to Add GBS to the Table

Do Flu Vaccines Cause GBS? The Government’s Plan to Add GBS to the Table 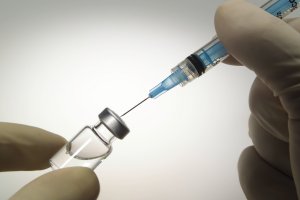 Guillain Barre Syndrome is an acute form of paralysis that results from dysfunction of the peripheral nervous system. Approximately 3,000 to 4,000 new cases of GBS are reported every year. While most people who contract GBS are able to fully recover, some patients suffer from permanent disabilities. In some cases, GBS can even be fatal. Sadly, GBS is more prevalent among the elderly, and senior citizens who contract GBS often face less-favorable prognoses.

Chronic inflammatory demyelinating polyneuropathy (CIDP) is a severe form of GBS with symptoms that include weakness, impaired motor function, paralysis, and symmetrical loss of sensory response.

Why Add GBS to the Vaccine Injury Table?

Although it has not yet been scientifically proven, there is evidence to suggest that in some rare cases, GBS can be caused by flu shots. In its proposal to add GBS to the Vaccine Injury Table, the U.S. Health Resources and Services Administration (HRSA) points specifically to research concerning the H1N1 flu vaccine of 2009. The scientists who conducted the study concluded that they could neither “accept [nor] reject a causal relationship between seasonal influenza vaccine and GBS.” So, while uncertainty remains, the possibility of a link between the flu vaccine and such a serious complication certainly warrants consideration.

What to do if You Have Contracted GBS

If you have recently received a flu shot and are now suffering from GBS or CIPD, you may be entitled to financial compensation. To find out more, you should speak with an experienced vaccine injury lawyer as soon as possible. While you are not legally required to have a lawyer in order to pursue a vaccine claim, one of the many benefits of the program is that hiring a lawyer comes at no financial cost to you. By hiring an attorney, you can make sure that you have the best possible chance at obtaining maximum compensation for your injuries.

To Speak with an Experienced Attorney About Your Vaccine Injury Claim, Contact the Law Offices of Leah Durant Today

At the Law Offices of Leah V. Durant, we strongly support the government’s proposal to add GBS to the Vaccine Injury Table. We are passionate about helping victims of vaccine injuries, and if you have contracted GBS or CIPD after receiving a flu shot, we want to help you claim the compensation you deserve. To find out more, please call (202) 800-1711 or contact us online today.

Like Loading...
‹ How to File a Lawsuit for Your Injuries
What Vaccines are Available for Hepatitis? What are the Risks? ›